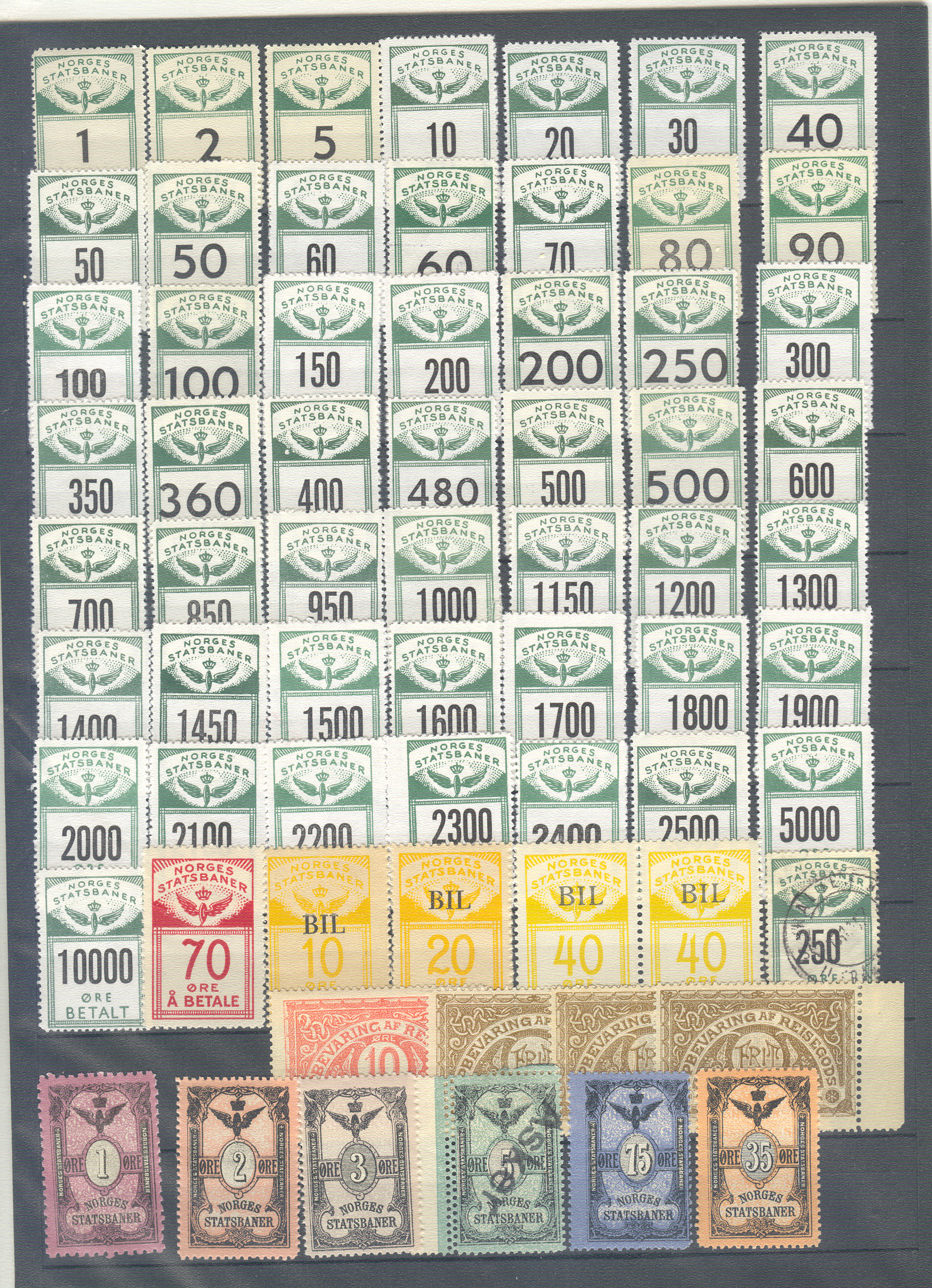 Og et par ord om hvordan han fikk tak i en del jernbane-materiell:
"Fifty years ago, I think one could count on the fingers of just one hand those who collected Norwegian railroad and revenue stamps in Norway itself. They were then considered in the same category as Christmas seals and anyone who dared to show any interest at all kept quiet about it to avoid ridicule. Times change, however, and now that these things have become popular, people kick themselves for not having been more alert when the chance was there.

Two of the suburban electric railroads that radiate from metropolitan Oslo are Holmenkolbanen and Ekebergbanen. They both had their own private stamps for use on parcels. Produced in several issues with various denominations over the years, just about nobody bothered to collect them in those days.

At the end of 1957, while on a visit to Norway, I found myself waiting impatiently at Holmenkollen station for a train to come and take me down into town. Wandering along the platform, I came upon a large wire wastebasket. I rescued from it a discarded brown paper wrapper off a bundle of newspapers for the local kiosk. Franking it was a 50 øre Holmenkollen railroad stamp. A similar find but with a 50 øre Ekeberg railroad stamp was found another time at Holtet station.

These two examples of Norwegian private railroad statmps on cover are now considered very unusual. Of course, the stamps went out of use long ago. But back then, probably all year round, a stamped package was dropped off at every station along the line; perhaps one in the morning, and later, an evening issue. The different newspapers would have separate parcels too. All those interesting wrappers were inevitably destroyed. I therefore am glad I had the foresight to dive boldly into those wastebaskets 50 years ago. It wouldn't have bothered me if someone had remarked "Look at that nice young man there, poking in the trash, my goodness gracious me!" I don't embarass easily when on a philatelic hunt.